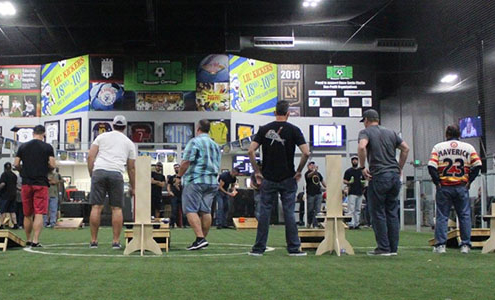 1 Comment
/
February 1, 2019
I bet you’re used to double elimination cornhole tournaments where you’re a “loser” with one loss and out of the action with a second. It’s the most common format by far, but during several years running double elimination cornhole tournaments I became painfully familiar with a few huge drawbacks. I think double elimination brackets became popular because running one used to be easier than round robin, but Scoreholio has made round robin easy peasy. Here’s how to set up and run a round robin tournament with a playoff using Scoreholio.
https://scoreholio.com/wp-content/uploads/2019/02/round-robin-700x300.jpg 300 700 Ben Budhu https://scoreholio.com/wp-content/uploads/2021/03/Horizontal_redoutline_web-300x64.png Ben Budhu2019-02-01 01:21:022021-02-17 16:52:48Running a Round Robin Cornhole Tournament with Scoreholio
Scroll to top